At the focus of Jaka Babnik’s work is the relation between a photograph, its subject, and the latter’s context – rather than the physical appearance of the subject, the photographer is interested in its significance and symbolic value. Adopting topographic, anthropological and exploratory approaches and diverse photographic practices, Babnik deals with ignored or glossed-over historical issues and events; in this, he often collaborates with public institutions.

Time Leveling, realized in collaboration with the Museum of Yugoslavia in Belgrade, was conceived as a study of historical memory, which is created through efforts to leave behind one’s trace or to “make history.” The project traces the changing sociopolitical landscape, symbolically portrayed by the number of memorial books in the House of Flowers, Tito’s mausoleum, from 1980 to this day. The sharp fall in the stacks of books with visitors’ entries in the years soon after the former President of Yugoslavia’s death is followed by later oscillations, raising questions about the roles of archives, historiography, and institutions. Constituting a spatial graph, the books are eloquent material witnesses of the social changes and ideological fluctuations in the region of the former country. The sensitivity that is indispensable for such a distant view transcends a direct insight into the contents of the preserved records. 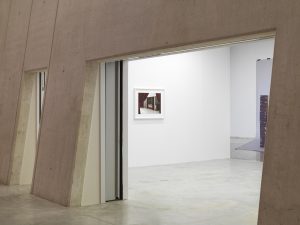 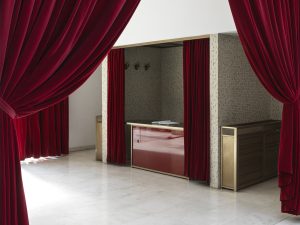 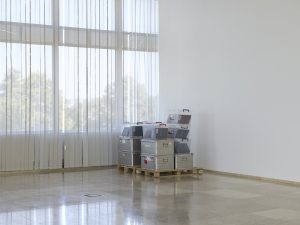 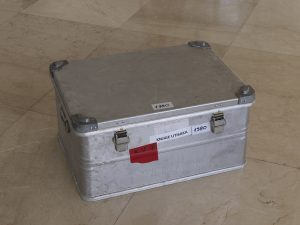 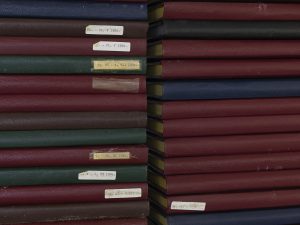 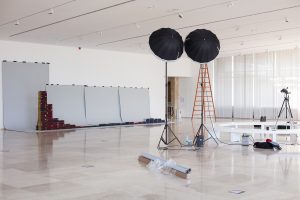 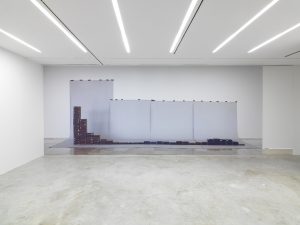